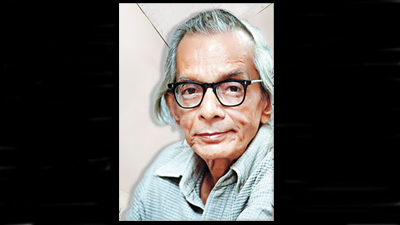 1.
Return me to the simple city
Where after the ten-to-five
Tired people fearlessly head home;
The sunset’s vermilion daub in the west,
In home after home housewives bathe,
And in the concealing darkness wayward babus
Slip into neighborhoods of ill-repute.

Never do the old days return.
I look up at the sky,
At where the ball of fire
Burns heedlessly;
Dust blows, the bald oak with its head held high
Stands in a tired, old pose.
Youth returns to trees every year
While we drown in the mire of our acts.

This easy life, then death—
Which is moonlight above the oak tree
Or else fog upon a desolate hill.
O Dhrupadi, peace is not ours to possess;
On our journey from sleeplessness to nightmare
Crows caw,
The dark sound of a sun-blackened, anxious face.
In Bengal, in Bihar in voices free of thunder
Twisted corpses cry
We walk to the graveyard
Or to the burning ghats.

Death perhaps brings amity:
All are equal at the cessation of being—
Bihar’s Hindu and Noakhali’s Muslim

2.
No longer do I hear the sea’s song
Gone is the beat of trams and buses from my blood.
I have forgotten the red earth of tribal lands
The hills that once rose on the horizon,
The springsongs heard in the nautch-girl’s throng.
I have forgotten the adda-langour of the bazaarways
Baliganj’s vamped-up rice,
Dalhousie’s and Clive Street’s sequined delirium
The foreign cry of ships at the dock.
No more does a sick Romanticism flower in my poems.

Youthful love ends in old man’s lust.
About ten years more, then I to Benares.