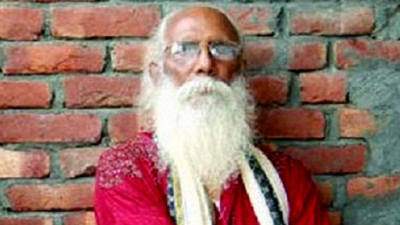 I always kept with me the two letters that Mahadev and Hasan had written me jointly. When I was incarcerated in the Ramna prison and had difficulty sleeping at night, I read those letters to while away time. I read them frequently, and I liked doing it. Some of my prison mates thought I was poring over letters sent by my beloved. The truth is I did consider them as love letters. Those letters, filled with friends’ love and anxiety, comforted me at the time when my days were all pale and bleak; they spurred me on to live.

When Hasan’s health deteriorated instead of improving, Hasan’s letter turned out to be more important to me. I sat up to read Hasan’s letter again in the dead of night. What did he want to say in the letter? Why was he so hurt to not receive a letter from someone as unimportant as me? I started feeling guilty. Though he had written to others from Berlin, he’d never written to me. Right after the brutal killing of August 15, when I was too shocked to be alone, one afternoon I saw Hasan going somewhere on a rickshaw; he was with Suraiya Khanum. I called him out and our eyes met but he chose not to stop.

After witnessing quite a brawl between Al Mahmud and Mahadev Saha, I came over to Mahadev’s place and there I found a letter that you’d written to him. I read the letter again and again. On one hand, I felt elated to have enjoyed your company through the letter and on the other, I felt wounded thinking you hadn’t written any letter to me even though you always knew my address. I don’t know why but I have always found myself enquiring after you, though you never bothered to write to me – maybe I was goaded on by the pain of your absence. What other reason could there be for me to enquire about you? There was a time when you wrote to me on yellow postcards; in those days even when you were far away it seemed to me like you were always there, present with a brightness that none could overlook …

True that the paths where our life intersected are far behind us, and the bridges built on them are shattered. Even then, isn’t there anything left of those intense days that we spent together, that which might shake your memory just for a bit? Couldn’t I also have received a letter courtesy of those memories? I admit that some of my flaws and weaknesses have pushed us away from each other. At the beginning you loved what I didn’t: Liquor, prostitute, marijuana and hashish. But when you quit them and it was time for us to come closer to each other, maybe it was fate or I don’t know why, we became isolated from each other instead. The isolation perhaps was caused by my incurable disease.

I’ve become a different man after returning from Berlin. So, every time I tried to restore those shattered bridges between us, my health revolted. Things that you love my body can’t take, but mainly because I’m sick. But the relationship that my inner self has with yours, that relationship which only a poet can have with another poet, I have always treasured that.

I met you after August 15, but later I came to know you left Dhaka already. That you left Dhaka deeply saddened me; it also stung me for the impending loneliness. First I thought you’d gone home just as you often did and would come back eventually. Later I came to know you’d gone for quite a while. You’ve written to many friends and acquaintances, and it is from them I have learned all this. I too was waiting that I’d receive a letter, but waiting does not always bear fruits.

Your letter to Mahadev I have read again and again. It was worth reading repeatedly. The sadness and loneliness that usually pervade letters written by poets – screams of that feeling did make me lonely for some time. I too needed this loneliness. It has been a long time since I was so beautifully lonely as this. In fact, this loneliness was what I’d been looking for in the company of friends ever since I returned from Berlin. The woman I’s spending time with to get some sense of this loneliness, she cannot provide me with it either. Perhaps you are the only person who gave me this loneliness for a long time. Have you forgotten those days altogether – when in the fog of winter, ignoring the chilling midnight wave, we had explored the numerous alleys of Dhaka. Weren’t we very happy back then? Can’t you return for the sake of that happiness? No matter how much our shadows pursue love, you and I both know that we were lovers to each other. And only men can preserve the memory of love because women are too transient. And only men can accept the feeling of sadness emanating from that transience. We were bonded by an oath of that transience. That feeling, that love is the only cherished memory in my life, though I don’t know how valuable it is for you today.

Take my love. Stay well and come back.

Wish you all the best,

I don’t break down easily. I had lost my mother in childhood; I hadn’t cried. When elder brother left for India forever, I didn’t cry either. I don’t cry easily. Tears wouldn’t come to my eyes but I really felt like crying after reading Hasan’s letter. I cried in my mind.