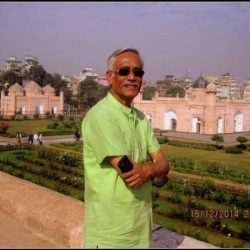 All deaths are tragic but some deaths are more tragic than others. All deaths bring feeling of sadness and sense of loss but some deaths bring extreme feeling of sadness and loss. Such is the death of Syed Shamsul Haq. His is not an ordinary death, for it’s the end of a subtle journey of a versatile writer of our language and literature—a genuine aesthete extraordinaire. He was a writer who excelled in all genres of literature and culture. He wrote verses, fictions, plays, essays, songs and even movie scripts—in fact his aesthetic journey started with script writing—of excellent aesthetic qualities.

Syed Shamsul Haq was also a translator of the highest order, for until now he is befittingly credited to be the most successful translator of Shakespeare’s plays into Bangla. That is why Ataur Rahman, who directed the highest number of Haq’s both original and translated plays, has observed that Syed Shamsul Haq possessed an amazingly miraculous expertise in rendering source language (English) into target language (Bangla) picking same sounding words in the rendered version (phonologically compatible in both languages) without distorting the sense of the original texts, particularly when he translated Shakespear’s verse-plays.
I feel proudly privileged to have been included in the list of his fond names of translators after he had witnessed the performance of my translated play Life of Galileo Galileo by Bertolt Brecht, directed by Ataur Rahman. On different occasions after that we met on and off stage several times in many events, but the one I wish to mention here stands out special in my mind. It was at the International Literary Festival 2014 arranged by Bangla Academy. At that time I was planning to publish a half-yearly compilation of translated works of Bangladeshi writers by the name Translation, and during the tea-break I expressed my willingness to include a few of his translated poems in the first issue. He showed his enthusiasm with a specific stipulation: they should be translated by me, and only me. I agreed and by next week he sent me through a messenger six of his choice poems. I subsequently translated them and mailed him for his approval but received no response for two weeks or so. I became very apprehensive. Then one fine morning the following mail came:

Dear Selim,
Unfortunately I had no access to my mail box since about a week. Meanwhile your mail came and on opening today I was very impressed by your rendition of my poems in English. You have done a good job. Please go ahead with the bunch.
Warm regards,
Syed Haq
Joy Bangla

I find the following among them very closely connected with the subject I am discussing here today:

If I had to Leave

(The Bangla version of the poem is a sonnet but the English rendering is not.)
It’d be good to leave behind certain things of worldly life,
Such as leaving your pen on the night table
Just like that melody of Sitar, it’s good to leave calmly–
And then fly into the innumerable blue stars.
I must have to leave this enchanting dusty highway,
I’ll smear myself with the mica flakes of this long journey,
Leave behind the worldly life I’m hooked with like Chaitra Chakra,
Pitcherful water I’d leave preserved for thirsty wayfarers.
I’d leave behind my expectant cow in the language cowshed,
Keep the winter-fire ablaze in the winter of Kurigram.
How pleasing this sun would be once again—when the night dawns!
On this plinth of mine a hut with gold-straw would be built again.
That hut with those posts and that gold-straw of the past–
I’d leave behind its blueprint, if I left—I’d leave only then.